The struggle of literature is in fact a struggle to escape from the confines of language; it stretches out from the utmost limits of what can be said; what stirs literature is the call and attraction of what is not in the dictionary.” – Italo Calvino

When you want to say it the best way it’s okay to borrow words from other languages.

Sometimes, words of other languages enhance the sensibility of our thought and expression. 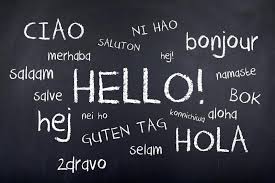 Telugu is my mother-tongue and for me this the most comfortable language of communication. But strangely, I sometimes find it easier to express a few ideas better in English. For instance, a simple phrase like ‘I’m sorry’ does not have a perfect and beautiful equivalent in Telugu. The closest counterparts are ‘tappayi poyindi’ which means ‘that was a mistake (on my part)’ or ‘kshaminchandi’ which means ‘please forgive’. I think Telugu speakers will agree with me if I say there is no equivalent for the word ‘sorry’ in Telugu.

Why, every time I plan to do  something in future, I say ‘Inshallah’ (God Willing) to myself. ‘Inshallah’ is an Urdu phrase and I don’t know of an equally simple and effective  expression of hope in Telugu.

What I want to say is that when I do not find words to express a thought or idea or even a prayer in Telugu easily and effectively, I don’t mind using words of other languages – words that do not exist in Telugu Dictionary.

Also, when I am using English language I use a lot of Telugu and Urdu words.

Having said this, I want to now share the meaning of a beautiful Sanskrit phrase ‘Karma Yogi’ – it’s one of my favourite phrases. The English dictionary explains briefly, both words ‘Karma’ and ‘Yogi’ separately but it does not define ‘Karma Yogi’ a term that has a deeper meaning to it.

Karma Yoga according to the ancient scriptures is “acting the right way, with selfless attitude” A person whose actions are totally unselfish is a Karma Yogi. A Karma Yogi does the right things the right way irrespective of results and personal consequences.

I know of two Karma Yogis – perfect examples of selfless service worth mentioning.

There is this teacher, Sita who resigned to her job at a high school but continued to come to the school after school hours to help some of her ex-students who needed her help in their lessons. She never got paid for these services but she did her best to help the slow learners get through the public examination.

Another one is a young salesman and technician called Ramanappa who used to work in a shop of home appliances. A lot of poor labourers and workers go to him at 10:30 p.m., after the shop closes, to have their broken appliances repaired. He sits on the pavement in front of the closed shop and repairs their appliances – pressure cookers, mixer grinders, electric fans, gas stoves etc. totally free of cost. He often uses the spare parts of appliances which were given away by people for recycling – this way he would save the cost of spare parts for his labourer-customers.

Karma Yogi is defined in the Bhagavad Gita, a discourse between Lord Krishna, a Hindu God and Arjuna, the hero of the Hindu epic, Mahabharata. Arjuna was a true Karma Yogi.

We see a lot of Karma Yogis like Sita and Ramanappa around us who are as great a source of inspiration to us as the hero Arjuna.

View all posts by Madhavi

2 thoughts on “Borrowing Words from Other Languages #WritingWednesdays”

This site uses Akismet to reduce spam. Learn how your comment data is processed.